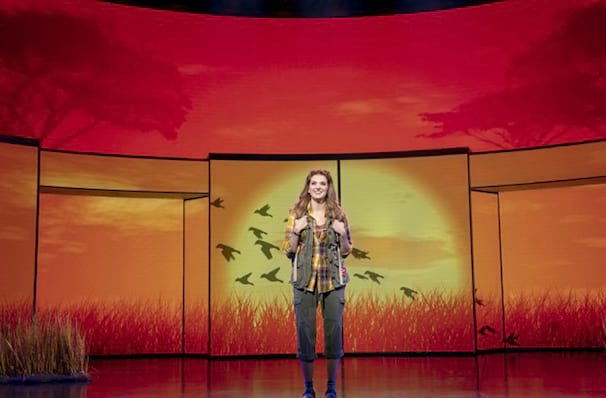 The Broadway production performed live at Christmas in Rockefeller Center

Christmas is all around us and the Rockefeller Center in New York turned on their famous Christmas Tree Lights on December 4. The Broadway production of Mean Girls performed "Jingle Bell Rock", a favorite sequence from the original movie, at the extra special event, watch it below!

Mean Girls is written by Tina Fey and is directed by Casey Nicholaw. The music is by Jeff Richmond with lyrics by Nell Benjamin.

What is Mean Girls About?

Cady Heron is a bright home-schooled student who has spent most of her life in Africa with her parents. Now back in the US, she's sent to the local high school to learn to play with others. Turns out, it might be her biggest challenge yet. Coupled with learning what normal school is like, she must navigate the twisting social whirl that surrounds her. When she finds herself the target of the infamous Plastics, led by wolf in sheep's clothing Regina George, Cady decides with her new friends Janis and Damien that it's time to put a stop to their dictatorship.

As Cady's plan sees her growing ever more popular and catching the eye of a certain boy, her revenge seems less and less important. Can Cady rediscover herself and bring down the Plastics, or will she be seduced by their world and lost to the Mathletes forever? It might be a classic high-school conundrum but we guarantee you won't mind seeing how this one plays out.

Mean Girls is now on tour!