The Story of The Nutcracker - America's Favorite Holiday Event! 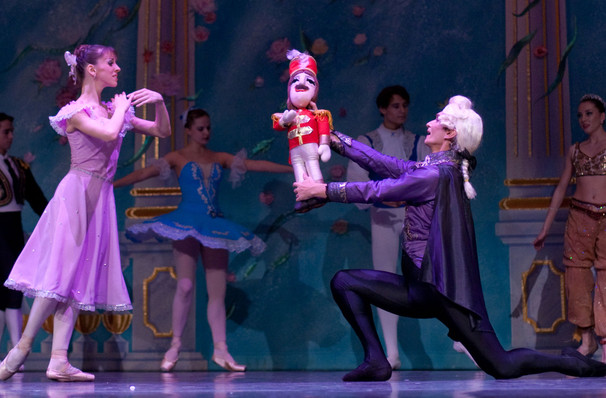 Spice up your holiday season with tickets to The Nutcracker!

Safely in the canon of the United States' favorite Christmas shows, The Nutcracker has been delighting audiences all over the nation, and the globe, for the last century. But the course of true balletic brilliance never did run smooth and the story of The Nutcracker got off to a rather rocky start.

By appointment of the director of Russia's Imperial Theatres (Ivan Vsevolozhsky), Tchaikovsky (score) and Marcus Pepita (choreography) were commissioned to adapt E.T.A Hoffman's Christmas tale, The Nutcracker, in 1890. After the success of Sleeping Beauty, Vsevolozhsky was keen to have another festive hit, however, when The Nutcracker opened in the Christmas of 1892 at the Mariinsky Theatre it was a giant flop. With one critic remarking "The Nutcracker cannot, in any event, be called a ballet. It does not satisfy even one of the demands made of a ballet" it seemed that The Nutcracker was resigned to be left to collect artistic dust.

But fast forward two decades and The Nutcracker got a second chance in the shape of Alexander Gorksy. Making some quite radical changes to the original staging, Gorsky cast adults in the parts of Clara and the Nutcracker Prince, adding a layer of romance to the story and allowing the dancers more time to shine.

Receiving its first global performance in the UK in 1934, The Nutcracker crossed the pond ten years later where the San Francisco Opera Ballet and William Christensen's version became an overnight sensation. By 1954 the ballet was a firm festive favorite for Americans, and with an added sprinkle of magical from George Balanchine the production shot into the stratosphere, and audiences haven't looked back.

What is The Nutcracker about?

Although there a few different versions of this Christmas classic the basic plot follows the same sort of outline...

Our tale begins on Christmas Eve where an excited Clara receives an elegant Nutcracker from her mysterious godfather, Herr Drosselmeyer. That night, when Clara sneaks downstairs to look upon her new gift one more time, she stumbles upon a raging battle between The Mouse King and her Nutcracker! Once victory for the Nutcracker is declared, Clara's adventure really begins as he invites her to journey to the magical realm of the Land of Sweets. In this mythical land, Clara and the Nutcracker are awarded for their bravery against the Mouse King with a celebration of sweet treats from around the world all courtesy of its benevolent ruler, The Sugar Plum Fairy.

Make your trip to The Nutcracker extra-special this year by attending the celebrated Moscow Ballet's Great Russian Nutcracker. Arguably one of the world's premiere productions, don't miss out and book your seats today!