Sorry! You missed The Prom at Ahmanson Theater 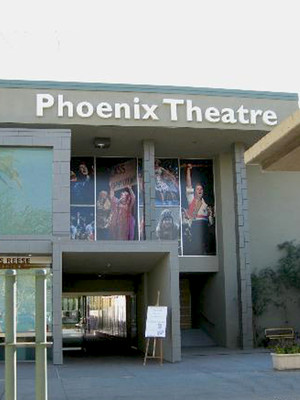 The Prom is also touring to:

View the entire The Prom tour

Such a joyful hoot. With its kinetic dancing, broad mugging and belty anthems, it makes you believe in musical comedy again.

Why See The Prom?

It's time to dance!

Grab your corsages and start planning your prom-proposals because the Tony-nominated Broadway hit The Prom is heading out on its first national tour! Directed and choreographed by Tony nominee Casey Nicholaw The Prom features music by Matthew Skylar and a book by Chad Beguelin and Bob Martin, Beguelin also penned the lyrics. Uplifting and extremely amusing with show-stopping dance numbers, this musical is about acceptance and being the star you were born to be!

Making its Broadway debut in October 2018 The Prom wowed the critics for its welcoming message and high-energy production. A hit with New York audiences The Prom garnered seven 2019 Tony Award nominations and won the 2019 Drama Desk award for Outstanding Musical.

WHAT IS THE PROM ABOUT?

In a small town in Indiana, prom has been canceled! And it's not down to bad behavior or financial issues - it's because the high school has forbidden, a female student, Emma from bringing her girlfriend! When a group of quirky Broadway actors hears her story, filled with outrage they swiftly travel to the community in an attempt to correct the injustice.

However, their attempts at social activism don't go unnoticed and instead make the situation far worse than they could have ever imagined. The community erupts into chaos as cultures clash. Emma's future and the actor's careers all hang in the balance.

Will prom go ahead? Will justice be made? There's only one way to find out...

Two hours and 25 minutes including one intermission

Given the diversity of this score and the pure comedic joy this show is a big crowd pleaser for the young and old. You don't want to miss this one!

Chad Beguelin and Bob Martin's Book is hysterical and superb with a brilliant score by Beguelin and Mathew Skylar. The Prom captures the ludicrous mindset of our time with wickedly sharp wit.

Seen The Prom? Loved it? Hated it?

Sound good to you? Share this page on social media and let your friends know about The Prom at Ahmanson Theater.