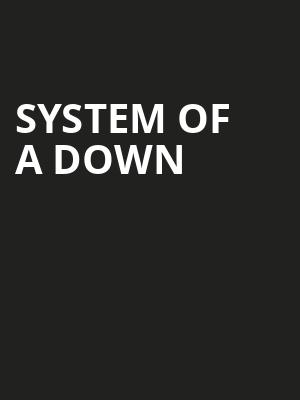 System of a Down

Don't miss the boundary-breaking quartet live on their latest tour

Why See System of a Down?

Don't Miss Alt Metal Icons System of a Down

Riding the wave of alt-metal in the late 90s, System of a Down rose to the fore by infusing a thrash metal sound with dark, neo-gothic melodies, subtle Eastern European tonalities and stark, politically-driven lyrics. Earning a cult following over the course of their early demos, their following earth-shaking albums (six to date) ensured multi-platinum, mainstream success.

Fronted by enigmatic and eclectic frontman Serj Tankian, the outrageous outfit broke through in 2004 with their Rick Rubin-produced album-in-two-parts Mezmerize/Hypnotize, which saw their wild vocal melodies, unbridled passion and constant structural shifts reaching new heights. in 2006, the respected quartet went on hiatus but continues to tour sporadically, much to the delight of their fans.

Seen System of a Down? Loved it? Hated it?

Sound good to you? Share this page on social media and let your friends know about System of a Down at Banc of California Stadium.