Sorry! You missed Newsies The Musical at Cerritos Center 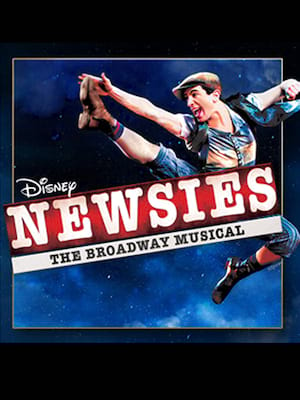 Mr. Feldman's lyrics are spot-on, while the melody reminds us just how charming a composer Mr. Menken can be.

Why See Newsies The Musical?

Extra! Extra! Read All About It!

With music by multi-award-winning musical theatre legend Alan Menken, a book by Tony Award-winning performing icon Harvey Fierstein and lyrics by Tony winning lyricist Jack Feldman, Disney musical Newsies was never going to be anything other than a bonafide smash hit. Winner of the 2012 Tony Award for Best Score, the critically acclaimed Broadway tuner now enjoys a hotly anticipated local revival at LA's Cerritos Center in the spring of 2020.

Set in New York at the turn of the century, the song and dance spectacular chronicles the true story of the 1899 Newsboys' Strike. Lead by the charismatic teenager Jack Kelly, a gang of young paper boys take on the man when publishing industry fat cats Joseph Pulitzer and William Hearts raise distribution prices at the cost of their already measly wages. Rallying the local youths to stand up for themselves, Kelly finds romance and a cause worth fighting for amidst classic songs like Brooklyn's Here and Something To Believe In.

Seen Newsies The Musical? Loved it? Hated it?

Sound good to you? Share this page on social media and let your friends know about Newsies The Musical at Cerritos Center.