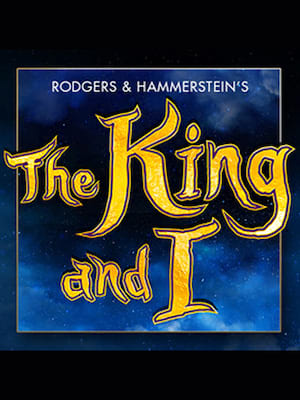 The King and I

One of the greats of the golden era of Broadway

Why See The King and I?

The Broadway Smash Comes To California

Whistle along to the happy tunes of bonafide Rodgers and Hammerstein classic The King And I when the much loved Broadway tuner wings its merry way to the Cerritos Center in the summer of 2020. First making its bow on the Great White Way in 1951, the commercially and critically successful production won the Tony Award for Best Musical and ran for three years - later garnering two more Tonys for Best Revival of a Musical in 1996 and 2015 respectively.

Buoyant musical theatre classics like 'Shall We Dance', 'Whistle A Happy Tune' and 'Getting To Know You' punctuate the extraordinary tale of British schoolteacher Anna, who is called upon by the King of Siam to tutor his children in a drive to modernize his great kingdom. Strong-willed and fiery, the widowed teacher won't be intimidated by the King or his advisors, and an unspoken romance blooms.

Seen The King and I? Loved it? Hated it?

Sound good to you? Share this page on social media and let your friends know about The King and I at Cerritos Center.