Sorry! You missed The Secret Garden at Cerritos Center 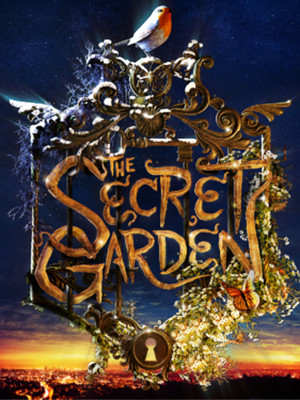 If you look the right way, you can see that the whole world is a garden.

Why See The Secret Garden?

Where you tend a rose, a thistle cannot grow

She may have been born in India, but it is only when orphan Mary Lennox is sent to her long-lost uncle's isolated Yorkshire home that her real adventures begin, as told in this beautiful Tony-winning musical adaptation of Frances Hodgson Burnett's dazzling novel presented by 3DS Theatricals.

First published in 1911, Marsha Norman and Lucy Simon's interpretation swept onto the stage in 1991 to much acclaim. Imbuing the story with wistful, lyrical song and dance, Mary's journey is given a fresh and dreamy re-telling.

When Mary's parents die during a cholera outbreak in India 1906, she is sent back to England to live with her uncle she's never met. Spoiled and fearful of the isolated house on the Yorkshire moors, she finds no comfort in her forbidding relative or the bleak landscape that is until she discovers a secret garden and a locked away cousin. With the help of the kindly servants and local boy Dickon, Mary sets out to uncover the garden's mysteries and in the process, finds the key to lifting the spirits and hopes of those around her.

Both beautiful and haunting, The Secret Garden promises to charm the whole family this holiday season.

Seen The Secret Garden? Loved it? Hated it?

Sound good to you? Share this page on social media and let your friends know about The Secret Garden at Cerritos Center.