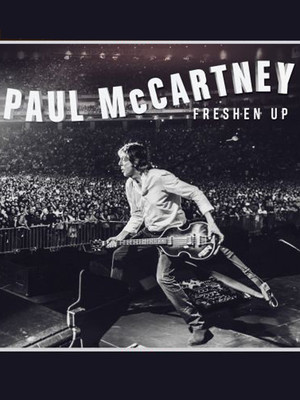 Join the former Beatles star and king of classic British rock on his latest US tour!

Living legend, Sir Paul McCartney is hitting the road in support of his recently released album, Egypt Station. Set to drop September 7, it's his first album release in five years following 2013s 'New'. The tour kicks off in May 2019 and sees McCartney visit five US cities on his mammoth Freshen Up World Tour. Expect to hear recently released singles, 'Come On To Me', 'I Don't Know' and his raunchy track 'Fuh You' alongside some of his greatest hits! Make sure you don't miss this icon doing what he does best.

With a musical career spanning over 60-years and including countless industry awards, Sir Paul McCartney is one of the most iconic musicians of our time. An accomplished songwriter, bass player, activist and producer. His achievements cross musical, cultural and philanthropic spheres and help give him such wide-reaching appeal as a musician and human-being.

Since parting ways with The Beatles in the 1970s, McCartney has focused on developing his solo career as well as collaborated with the likes of Stevie Wonder, Michael Jackson and the Royal Liverpool Philharmonic Society. His last solo album, New, was released in late 2013 and was yet another worthy addition to the man's luminous catalogue. His concerts will be packed full of his usual mix of solo material, tracks from his time with Wings and of course, the best of the Fab Four.

I have seen Paul three times now. Every time was different and unique.... more

Sound good to you? Share this page on social media and let your friends know about Paul McCartney at Dodger Stadium.