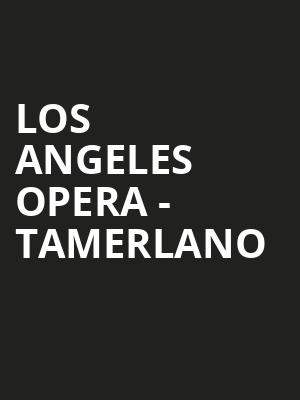 The title role is played by countertenor Bejun Mehta, whose multitude of awards include winning the 2011 Echo Klassik for his performances of three Handel operas, a 2014 Gramophone Award for Written On Skin and nominations for Grammy and Laurence Olivier awards. Harry Bicket's English Concert specialize in period-music styles, recognized as one of the finest period orchestras in Europe.

Sound good to you? Share this page on social media and let your friends know about Los Angeles Opera - Tamerlano at Dorothy Chandler Pavilion.