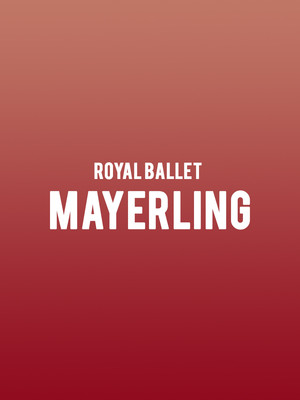 After two decades since their last performance on The Music Center's stages, The Royal Ballet returns from London to southern California with the drama, passion and political intrigue of Kenneth MacMillan's Mayerling. Created for the company in 1978, the widely celebrated work has become one of the most popular of the iconic choreographer's diverse canon, renowned for its visceral explosive dance, gothic story, lush period costumes and Liszt's soaring score.

An unconventional romance of sorts, Mayerling chronicles the true story of Austro-Hungarian Crown Prince Rudolf, a lost and misunderstood soul who finds solace in sex, drugs and revolutionary politics. Obsessed with death and emotionally unstable, he meets his ghoulish match in his new mistress Mary Vetsera, who shares his morbid fascinations. The pair take their dark compulsions to the extreme with tragic consequences for the royal family, who struggle to keep their son's predilections under wraps.

Sound good to you? Share this page on social media and let your friends know about Royal Ballet - Mayerling at Dorothy Chandler Pavilion.