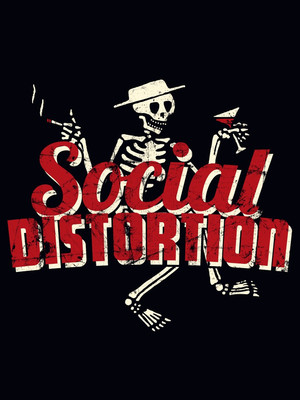 Hailed as the godfathers of Punk, Social Distortion have spent their four decade career playing by their own rules to create a distinct brand of West Coast Punk Rock with a Rockabilly edge. While the band has seen multiple line-up changes, lead vocalist and guitarist Mike Ness has remained a constant leader, overseeing the release of seven studio albums and numerous world tours.

Social Distortion are still just as raucous, riotous and rebellious as they were when they first burst onto the L.A. Punk scene in 1978 and it seems their live concert-going fan base hasn't changed either; mosh pits still regularly spring up at gigs! Expect anti-establishment anthems, rock 'n roll guitar solos and copious tattoos!

The House of Blues provided a great venue for an evening of good music... more

Sound good to you? Share this page on social media and let your friends know about Social Distortion at FivePoint Amphitheatre.