Sorry! You missed Dawes at The Fonda Theatre 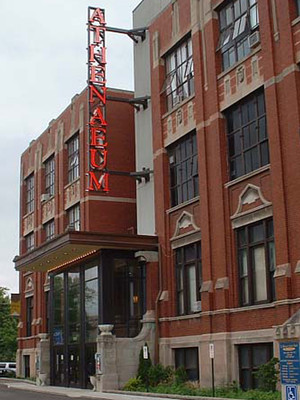 You can catch Dawes at Athenaeum Theater in Chicago, showing Sep 18, 2022

Dawes is also touring to:

An Evening With Dawes

Through a tapestry of warm vocals and sun-soaked guitar hooks, Dawes have made a name for themselves for replicating the feel of the Lauren Canyon sound of the '70s. But far from being a copy, the quartet are something retro-inspired, but with a chilled vibe straight out of the present.

After changing their name from Simon Dawes and swapping post-punk for a more mellow folk-rock sound, Dawes first rose to prominence in 2010 with an appearance on The Late Late Show with Craig Ferguson, the LA-based foursome have gone on to work with some of their heroes including playing with Jackson Browne at an Occupy Wall Street event in 2012.

Took four of my daughters and my friend to see Dawes at the Bomb Factory... more

Great show on Weds night! Lots of energy, a band that was thrilled to... more

Sound good to you? Share this page on social media and let your friends know about Dawes at The Fonda Theatre.