Sorry! You missed Jukebox the Ghost at The Fonda Theatre 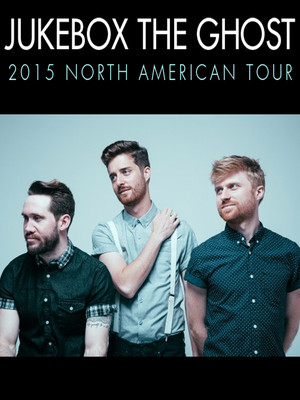 Why See Jukebox the Ghost?

live loud with Jukebox the Ghost

Formed in their college days, power-pop trio Jukebox the Ghost combine quirky melodic hooks with an infectious energy culminating in upbeat, unashamed, pop-laden ear worms that will get your toes tapping. After the release of their debut album 'Let Live & Let Ghosts' in 2008, the band was bolstered by a positive reception and began touring extensively. Now they hit the road again, coming to you soon!

In 2014 they toured on the back of their self-titled album, one where lead singer Ben Thornewill's distinctive falsetto added an air of theatricality to the piano-driven, synth tinged and effervescent collection of feel-good tunes.

Sound good to you? Share this page on social media and let your friends know about Jukebox the Ghost at The Fonda Theatre.