Sorry! You missed Tiffany Young at The Fonda Theatre 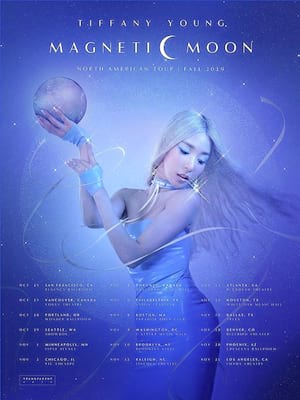 As each day, month and year pass, I am more motivated and feel so humbled by the gifts that I have been given both good and bad. I hope the fans feel that as well. I do this all to be an example.

California-born Tiffany Young made her big step into the music business after she was discovered by an entertainment agency and moved to Korea. She became a third of girl group Girls' Generation who were hugely successful and toured the globe as well as selling millions of records and gaining 16 number 1 singles. Tiffany moved back to America and launched her solo career with her EP 'I Just Wanna Dance' in 2016.

Tiffany's latest EP 'Lips on Lips' was released earlier this year and has been described as encompassing "the range of emotions one goes through on the journey of self discovering and empowerment" by Billboard.

Sound good to you? Share this page on social media and let your friends know about Tiffany Young at The Fonda Theatre.