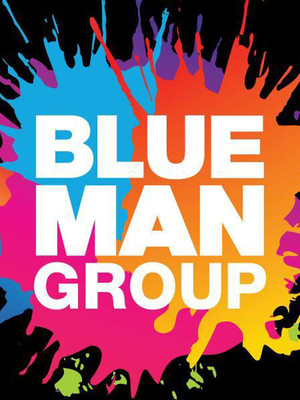 Intelligent, engaging and tremendous fun... You leave the theater with a heightened awareness of everything surrounding you, feeling elated.

Dare To Live In Full Color with The Blue Man group!

Forget Avatar, we all know these guys are the ones who really own the blue face paint look. Since emerging in the late 80s, the enigmatic Blue Man Group have become a true cultural phenomenon, and have been seen live by over 35 million people worldwide. Blending together percussive music, vaudeville, art and theater, they create a multi-sensory experience unlike anything you've ever seen.

WHAT IS THE SHOW ABOUT?

Ever evolving, a Blue Man show is hard to put into words. Let's just say that there's guaranteed to be dazzling light shows, gallons of fluorescent paint (the first couple of rows are a splash zone for a reason) and a thunderous dose of drumming. Oh, and this madness is all built around three blue-painted lovable weirdos. They may be mute but they speak the universal language of amazement!

The creation of friends Matt Goldman, Chris Wink, and Phil Stanton, the Blue Man Group was founded in 1987, and debuted their act Off-Broadway in 1991, receiving rave reviews - and they haven't looked back since. Blue Man Group is on tour and hits the in , ,

As well as this tour, Blue Man Group has permanent shows in New York, Chicago, Orlando, Boston, and Las Vegas. That's a lot of blue paint!

Two hours with one 15 minute intermission

We took the whole family, even the kiddos and we all loved it! My daughter... more

This show was amazing! I don't understand the negative reviews from... more

Sound good to you? Share this page on social media and let your friends know about Blue Man Group at Fox Performing Arts Center.