Sorry! You missed Invisible Tango at Gil Cates Theater at the Geffen Playhouse 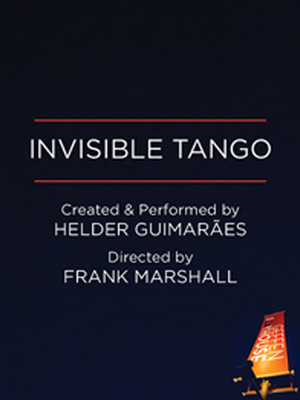 The Geffen Playhouse rounds off its ground breaking 2018/19 season with a magic show like you've never seen it before! An exciting collaboration between acclaimed sleight-of-hand wizard Helder Guimaraes and Hollywood blockbuster producer and director Frank Marshall (Back To The Future, Jurassic Park), Invisible Tango is a one-man magic show that explores humanity's relationship with information and secrets in the like-and-share digital age.

Helder debuted with his prodigious talent in 2006 when, at 23 years of age, he won the World Champion of Card Magic title with a performance that has left both the audience and judges mystified to this day. Since then, the magician has continued to wow onlookers with his logic-defying stunts in one-man shows all over the world, and has lent his enigmatic skills to Hollywood, consulting on films like 2018's Ocean's Eight. Helder marks a triumphant return to the Geffen stage after the success of his last show Nothing To Hide in 2013.

Magnificent! Superb! Amazing! Magical! Are just a few of the words that... more

Sound good to you? Share this page on social media and let your friends know about Invisible Tango at Gil Cates Theater at the Geffen Playhouse.