Sorry! You missed Skintight at Gil Cates Theater at the Geffen Playhouse 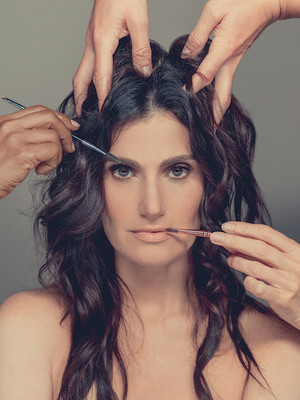 acerbic, neurotic, heart-achingly funny meditation on family, love, and beauty - and how we quantify, catalog and value each of those things

Idina Menzel (Frozen, Wicked) heads to LA this year as she stars in the regional premiere of the off-Broadway hit, Skintight! After a critically acclaimed run at New York's Laura Pel's Theater, Skintight heads to the Geffen Playhouse as part of its 2019/2020 season. An examination of society's slavish devotion to youth and beauty, Skintight is centred on three generations of one New York family as they struggle in grasping onto the true nature of love.

What is Skintight about?

Images are taken from the original off-Broadway production and may not reflect the current cast.

Idina Menzel fans will relish in her performance.

Playwright Joshua Harmon, who is a born and bred New Yorker, has clearly witnessed the mania around beauty and how we have tried to convince ourselves that beauty lies within. There's a keyword in that sentence, lies.

Seen Skintight? Loved it? Hated it?

Sound good to you? Share this page on social media and let your friends know about Skintight at Gil Cates Theater at the Geffen Playhouse.