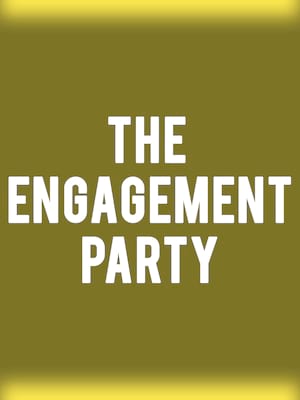 Samuel Baum's script is accessible, exciting, and thought-provoking, building just enough tension at just the right times and delivers a shocking twist that no one sees coming

Why See The Engagement Party?

How much can one night change the course of someone's life?

Directed by Tony-Award winning Darko Tresnjak, The Engagement Party is a gripping modern drama that sees one engagement party unexpectedly cause a series of life-changing events. The production showcased at Connecticut's Hartford Stage last year and was described by Broadway World as being "completely fresh and new."

Director Darko Tresnjak has previously received a Tony Award, a Drama Desk Award, an Outer Critics Circle Award and an Obie Award for his work. Writer Samuel Baum has previously been nominated for a Writers Guild of America Award.

Seen The Engagement Party? Loved it? Hated it?

Sound good to you? Share this page on social media and let your friends know about The Engagement Party at Gil Cates Theater at the Geffen Playhouse.