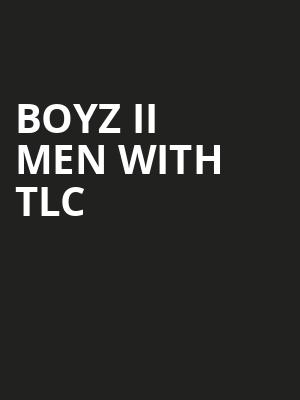 Photo by BRUNO EMMANUELLE on Unsplash

Two of the greatest R&B groups united at the bowl!

It's a match made in R&B heaven! Don't miss this night of smooth and sophisticated grooves as two of the best-selling R&B groups of all time go head to head for this double bill! From the New Jack Swing of Boyz II To Men to the female empowerment of TLC, the night will be a masterclass from two acts that defined the sound of '90s R&B!

The stuff of musical legend, Boyz II Men formed in 1988, honing their skills at their high school events before hitting their big break when they snuck backstage at a Bell Biv DeVoe concert and wowing Michael Bivins with an a cappella cover of 'Can You Stand The Rain' by New Edition. Thirty years and 64 million album sales later and the now trio leave an incredible legacy of their own timeless tunes - keep an ear out for soaring orchestral versions of 'I'll Make Love To You', 'One Sweet Day' and 'On Bended Knee'.

Second only to the Spice Girls in terms of sales for female groups, TLC ruled the airwaves with numerous instantly iconic numbers, including 'No Scrubs', 'Waterfalls', and 'Creep'.

Sound good to you? Share this page on social media and let your friends know about Boyz II Men with TLC at Hollywood Bowl.