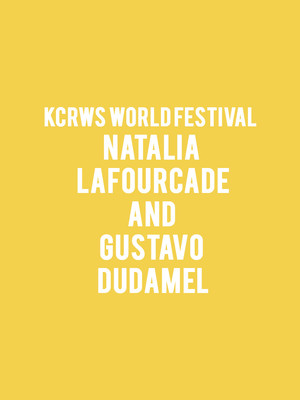 Her albums have been popular even as she challenged pop music conventions by alternating dreamy acoustic guitar ballads with edgy, hip-hop influenced explorations. Her delicate, yet self-assured contralto voice is now instantly recognizable in the world

Blossoming from a colorful childhood filled with painting, theater and music, the vibrant artistry of Natalia Lafourcade first found its feet in the rock world as part of the band Natalia y la Forquetina, before her experimentations with jazz and bossanova found its feet under her solo moniker. Positioning herself as one of Latin Music's most intriguing, erudite and charismatic indie pop stars whose made her mark on the mainstream by remaining refreshingly herself. A joyful performer, her partnership with Dudamel and the LA Phil is sure to result in aural fireworks.

Sound good to you? Share this page on social media and let your friends know about KCRWs World Festival - Natalia Lafourcade and Gustavo Dudamel at Hollywood Bowl.