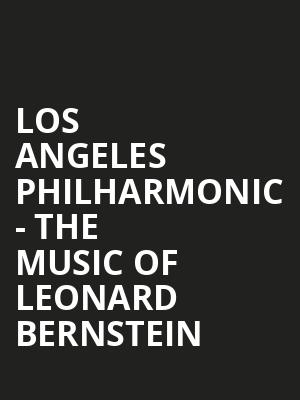 Why See Los Angeles Philharmonic - The Music of Leonard Bernstein?

Bernstein at the Bowl

The LA Phil will light up the Hollywood Bowl this summer with this exclusive program paying tribute to the one-in-a-million talent that was Leonard Bernstein, conducted by Gustav Dudamel. From Broadway to concert halls, his compositions blended traditional Western classical music with New world optimism.

Bernstein's most successful works include his score for the pioneering musical West Side Story as well as his work for Candide and On the Town. Bernstein and Stephen Sondheim's West Side Story features a collection of standards that includes 'Tonight,' 'America,' 'Maria,' 'I Feel Pretty and 'Somewhere' - widely regarded as one of the best ever written.

Sound good to you? Share this page on social media and let your friends know about Los Angeles Philharmonic - The Music of Leonard Bernstein at Hollywood Bowl.