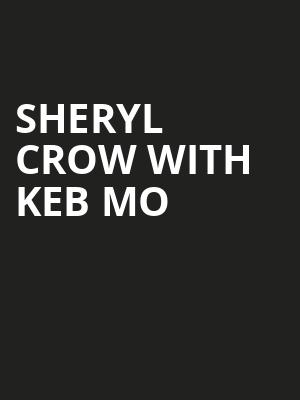 A jazzy evening at the Hollywood Bowl

He's a consummate bluesman and she's a country-tinged international bestselling singer-songwriter and for the first time, they're sharing a stage as part of the Hollywood Bowl's Jazz Plus concert series this year! With 14 Grammy Awards between them, audiences can expect a dynamic evening that covers beats of blues, rock, Jazz, country and more!

Sheryl Crow
Sheryl has been one of the biggest names in the American music business for over three decades now. She announced her talent with 1993's Tuesday Music Club, which contained the irrepressible 'All I Wanna Do'. Since then she's been a mainstay of both the contemporary and country music charts, racking up hits with songs like 'If It Makes You Happy', 'Everyday Is a Winding Road', 'My Favourite Mistake' and 'Soak Up the Sun', and collecting an incredible nine Grammy Awards in the process.

Keb Mo
Since picking up the guitar as a youngster, Keb' Mo' has proven himself to be one of the modern masters of the blues and contemporary Americana, both as an accomplished frontman and sideman. Channeling the spirit of Robert Johnson at those mythical crossroads, he offers up a high standard of virtuosic musicianship and lyricism, especially when it comes to live performances. Not only is he incredibly skilled when it comes to guitar, but his melodic playing is underpinned by bright brassy vocals that always have a story to tell.

Sound good to you? Share this page on social media and let your friends know about Sheryl Crow with Keb Mo at Hollywood Bowl.