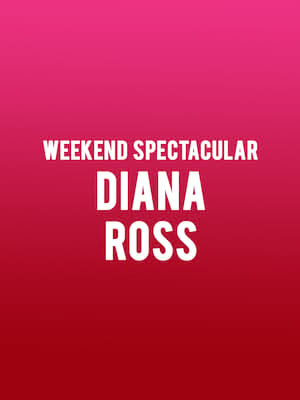 The audience knew that they were in the presence of musical greatness.

Don't miss the inimitable Diana Ross when she brings her sizzling catalog of hits to the Bowl's stage. A legend in every sense of the word, the soulful songstress rose to fame as the frontwoman of 60s vocal group The Supremes before breaking out in a startling solo career in 1970. Amongst her career triumphs, she counts over twenty Top 40 hits including Ain't No Mountain High Enough, Upside Down and Endless Love, as well as an Academy Award, a Rock & Roll Hall of Fame induction and a Lifetime Achievement Grammy.

Sound good to you? Share this page on social media and let your friends know about Weekend Spectacular - Diana Ross at Hollywood Bowl.