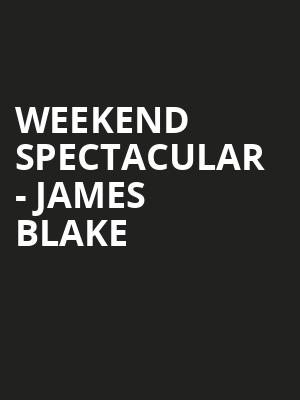 Indie Electronica pioneer James Blake adds a new name to the list of his list of renowned collaborators - the Los Angeles Philharmonic, under the baton of principal conductor Thomas Wilkins. Together with the ensemble will add otherwordly orchestral lushness to Blake's distinctively sparse soundscapes and subtle beats. Don't miss new arrangements of the singer songwriter's career-defining songs like The Wilhelm Scream, Retrograde and Assume Form.

Sound good to you? Share this page on social media and let your friends know about Weekend Spectacular - James Blake at Hollywood Bowl.