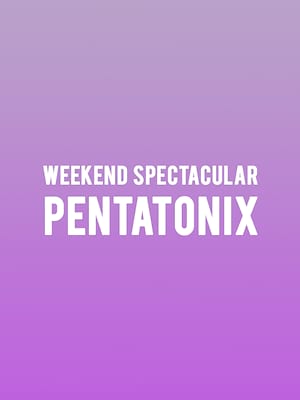 Pentatonix put on a superb live show at The Garden. They allowed their rich, powerful vocals to do all the talking, and the result was one true musical event.

A Capella Heroes Pentatonix Join Forces With the LA Phil

Outliving the a capella hype surrounding Glee and Pitch Perfect, all-singing, Grammy-winning outfit Pentatonix is living proof of the artform's popularity. First rising to fame on NBC's The Sing Off in 2011, the energetic five-piece have gone on to reach multi-platinum in record sales, with their repertoire spanning everything from Marvin Gaye to Daft Punk. Wholesome, crazy talented and massively entertaining, Pentatonix join forces with Gustavo Dudamel and the Los Angeles Philharmonic at the Hollywood Bowl for two special nights only.

Sound good to you? Share this page on social media and let your friends know about Weekend Spectacular - Pentatonix at Hollywood Bowl.