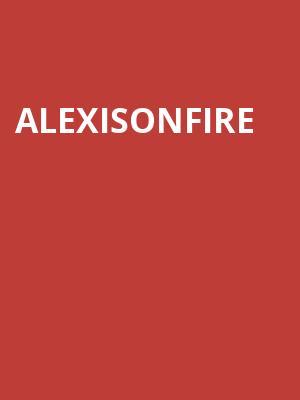 Alexisonfire are nothing short of glorious as everything lands perfectly on point and the trademark interplay of Green's dulcet tones and George Pettit's rasped screams lifts the crowd to fever pitch.

the Canadian Rockers are back!

Five-piece hardcore band Alexisonfire haven't released new material for over 10 years... until now! After dropping their brand new album, Otherness, they're ready to hit the road and show us all why they began making music in the first place. Make sure you don't miss Alexisonfire when they come to a city near you!

Frontman George Pettit mentions that 'Familiar Drugs' focuses on "recognising you need to make a change in your life" but "choosing to do the same thing you always do." The single's release has ignited new anticipation for new music from the band and comes just in time for their tour. The band formed in 2001 and had 11 years of making rock and hardcore music before splitting up. Alexisonfire had a farewell tour after announcing their breakup and are now back, better than ever!

Seen Alexisonfire? Loved it? Hated it?

Sound good to you? Share this page on social media and let your friends know about Alexisonfire at Hollywood Palladium.