Sorry! You missed Netflix Is A Joke Fest - Hosted by Amy Schumer at Hollywood Palladium 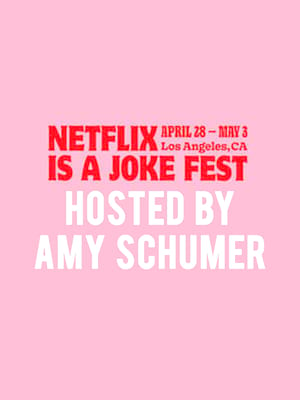 Netflix Is A Joke Fest - Hosted by Amy Schumer

...as soon as she opens her mouth on stage, cracking jokes about her occasionally messy sex life, the illusion of wholesomeness quickly disappears.

Why See Netflix Is A Joke Fest - Hosted by Amy Schumer?

your host for the evening... amy schumer!

With an increasing number of stand-up specials made especially for their roster (over 200 can be found on-site already), it makes sense that streaming heavyweight Netflix is taking its golden comedy formula to the stage. Taking place over from Monday, April 27th to Sunday, May 3rd, the first-ever Netflix Is A Joke Fest will leave LA in stitches at over 100 venues citywide, featuring the biggest and brightest established comics, as well as up and coming performers that are just itching to be discovered by new fans. Don't miss your chance to be part of Netflix is a Joke Fest, with your host for the night Amy Schumer, on May 1.

There's no bigger name in comedy right now than Amy Schumer. Her incredibly topical and incisive Comedy Central show has won her critical plaudits and a huge fanbase, tackling subjects like gun control, celebrity culture and feminism with style to spare. Among the show's many highlights have been an episode-length black and white parody of 12 Angry Men and her duet with Amber Rose Milk Milk Lemonade. She's also made the leap to the big screen with 2015's Trainwreck and 2018's I Feel Pretty.

Sound good to you? Share this page on social media and let your friends know about Netflix Is A Joke Fest - Hosted by Amy Schumer at Hollywood Palladium.