Sorry! You missed Netflix Is A Joke Fest - Hosted by Jane Fonda and Lily Tomlin at Hollywood Palladium 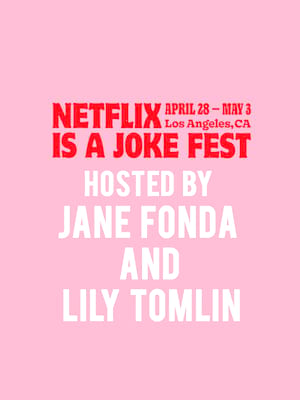 Why See Netflix Is A Joke Fest - Hosted by Jane Fonda and Lily Tomlin?

With an increasing number of stand-up specials made especially for its roster (over 200 can be found on-site already), it makes sense that streaming heavyweight Netflix is taking its golden comedy formula to the stage. Taking place from Monday, April 27th to Sunday, May 3rd, the first-ever Netflix Is A Joke Fest will leave LA in stitches at over 100 venues citywide, featuring the biggest and brightest established comics, as well as up and coming performers that are just itching to be discovered by new fans. Don't miss Jane Fonda and Lily Tomlin at the Hollywood Palladium, May 2nd.

The dynamic duo has most recently charmed streaming audiences all over the world as the stars of smash-hit Netflix series Grace and Frankie. Now in its seventh season, the show begins with Grace (Fonda) and Frankie (Tomlin) finding out that their husbands have fallen for each other, and are leaving to live together. The two women, who aren't exactly the best of friends, must help each other cope with this huge news, and start to rebuild their lives. Fonda and Tomlin now bring their sparky chemistry to the stage whilst host an all-lady comedy show filled with their favorite female comedians.

Sound good to you? Share this page on social media and let your friends know about Netflix Is A Joke Fest - Hosted by Jane Fonda and Lily Tomlin at Hollywood Palladium.