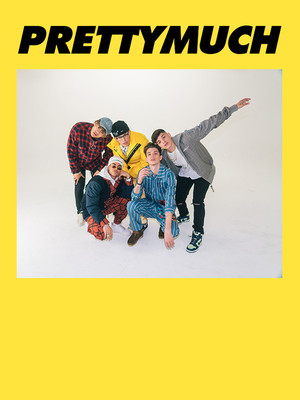 You don't want to fear missing out on this new tour!

PrettyMuch a Party... The FOMO TOUR

American-Canadian pop boy band, PrettyMuch are hitting the road again this summer, and bring their contagious dance moves and catchy beat to stages across America on The FOMO Tour!

The group was formed by Simon Cowell in 2016, after they each tried to make it as solo artists. Over the years, they've released several hit singles including 'Summer On You' which was penned by Ed Sheeran, which was soon followed by the release of their debut album. PrettyMuch have also garnered a huge fan base who are referred to as the BEANZ, and have inspired many young people to believe in themselves.

Seen PrettyMuch? Loved it? Hated it?

Sound good to you? Share this page on social media and let your friends know about PrettyMuch at Hollywood Palladium.