Sorry! You missed The Kooks at Hollywood Palladium 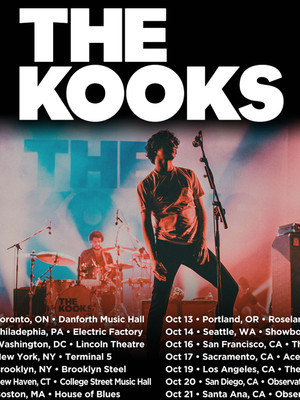 Why See The Kooks?

Each shared a liking for the Police, the Strokes, the Everly Brothers, and Funkadelic, and the bandmates began funnelling such influences into their own sweet and precocious sound in 2005. Since then they're produced four albums, and some of the best known British indie rock tracks of the past decade, including 'Naive,' 'Ooh La,' and 'She Moves in Her Own Way.' They're all collected on the bands new Best Of...So Far compilation, which they're touring across the States in 2018!

Sound good to you? Share this page on social media and let your friends know about The Kooks at Hollywood Palladium.