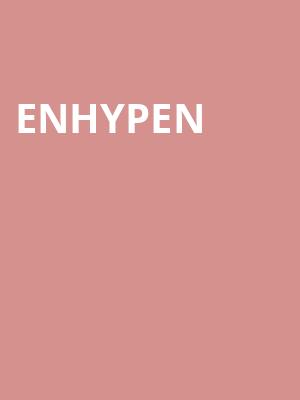 ENHYPEN are back with new music - and their first world tour!

The K-POP group are ready to take over the airwaves with brand new music AND their first ever world tour! Their MANIFESTO tour will take the seven-member boy band across North America as their latest releases promises a new era of ENHYPEN... and a new direction for the band. Will you be there to see them perform live in America?

Having debuted in 2020, Jake, Jungwon, Heeseung, Jay, Sunghoon, Ni-Ki and Suno have achieved in just two years what most music artists can only dream of. They've had several songs appear in popular TV shows, they've had five songs appear on US music charts, and they're about to embark on a massive world tour! Luckily the seven-strong KPOP combo are not afraid of hard work, putting in endless hours of dance and vocal practise to make sure their live performances are an experience that the press - and their thousands of fans worldwide - won't easily forget!

Seen ENHYPEN? Loved it? Hated it?

Sound good to you? Share this page on social media and let your friends know about ENHYPEN at Honda Center Anaheim.