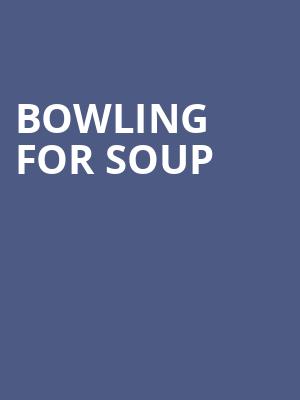 Pop-punkers Bowling for Soup tour with Less Than Jake!

Why See Bowling For Soup?

back for the attack tour with less than jake!

If you need a dose of unpretentious, instantly catchy pop-punk, then there are few better bands to see than Bowling for Soup. The quintet formed in the 1990s, and spent much of the decade cultivating a small but loyal following as their contemporaries (Green Day et al) took over the world. Bowling for Soup's time to shine on the big stage finally arrived in 2002 with the release of their fourth record Drunk Enough to Dance, which contained the monster hit single 'Girl All the Bad Guys Want.'

Since then, the boys have kept doing what they're good at, right up to their most recent record Drunk Dynasty. Their first LP in three years, it was partly funded through Pledgemusic, and is another short and sharp assault of heartfelt and hilarious lyricism and Ramones-esque riffs.

In 2022 Bowling for Soup are teaming up with Less Than Jake and bringing the 'Back for the Attack' tour to North America where they'll play over 40 shows!

Sound good to you? Share this page on social media and let your friends know about Bowling For Soup at House of Blues.