Sorry! You missed Luis Fonsi at House of Blues 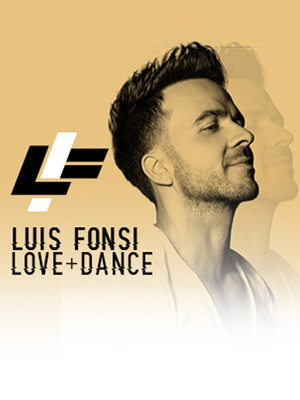 The Latin singer tours behind his globe-conquering hit 'Despacito'

The 'despacito' singer brings his world tour to you!

Well known in the Latin music world, Luis Fonsi was introduced to a whole new audience this year when his track 'Despacito' topped music charts across the globe. Featuring rapper Daddy Yankee, this irresistibly smooth reggaeton track was initially released in January, and then blew up even more when a certain Mr Justin Bieber appeared on a remix version. The song hit the Billboard Hot 100 top spot, becoming the first Spanish language track to do so in more than two decades! This year sees him bringing his Vida world tour to locations across North America!

Beginning his career as a Latin crooner in the classic mold, Fonsi has since branched out, bringing a lot more dance and pop influences into his music. Given that he's finally broken through into the North American mainstream, now's the perfect time for his Vida World Tour which will showcase cuts from throughout Fonsi's near twenty-year back catalog.

Sound good to you? Share this page on social media and let your friends know about Luis Fonsi at House of Blues.