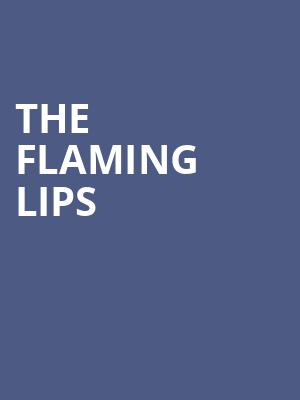 The Lips have taken this performance to another dimension of entertainment and blown it right off the runway.

Why See The Flaming Lips?

the flaming lips take to the road!

Psychedelic provocateurs The Flaming Lips are no strangers to the weird and wonderful. With their astral soundscapes peppered with whimsy and humor to their Merry Prankster-esque on-stage antics, the band has become a cult favorite since the release of their first studio album in the 1980s. Now, following the release of their 16th record, 'American Head', don't miss the band as they head on a jaunt across the country in 2022!

Described by Rolling Stone as having "a voice that evokes Neil Young on nitrous oxide," singer Wayne Coyne takes the moniker of frontman to an entirely new level. During large festival shows, he makes an entrance by descending from an alien mother ship in a bubble and floats across the audience as he performs. The concerts also feature lasers, projected screens, balloons, and confetti cannons.

Wayne Coyne and his band delivered! It was a 3-bubble show (Coyne switched... more

Weezy: “A Much Needed Blast of Positive Vibes”

We just got through heavy flooding and various hardships after Hurricane... more

Sound good to you? Share this page on social media and let your friends know about The Flaming Lips at House of Blues.