Sorry! You missed The Story So Far at House of Blues 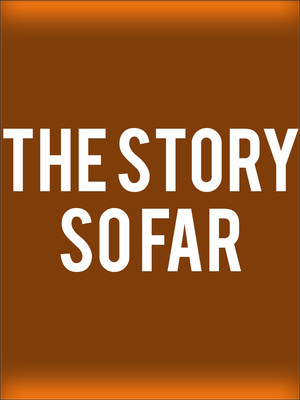 The Story So Far

The Story So Far is just one of those bands that you can't help but love. They're a staple on everyone's pop-punk Spotify playlist honestly and that clearly includes their newest single 'Out Of It', which became evident as the entire venue erupted the mo

Why See The Story So Far?

The Story so Far Head on Tour

California based rock band The Story So Far prepare for a county wide tour! The band has been the face of pop-punk ever since they first emerged on the scene in 2007 and released their debut 'Under Soil and Dirt' in 2011. Seven years since their debut album, the band are touring with their infectious sound and their most recent album Proper Dose.

Formed in Walnut Creek, The Story So Far incorporates hardcore punk and punk rock into their music which has a pop influence. The band have garnered a loyal fan base which has helped them to remain one of the biggest faces of the pop-punk genre. Three albums and multiple EPs later, the bands latest release, 'Proper Dose' came out in September of 2018.

Seen The Story So Far? Loved it? Hated it?

Sound good to you? Share this page on social media and let your friends know about The Story So Far at House of Blues.