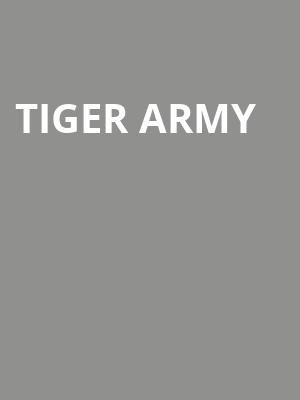 Tiger Army are one of those bands that often fly under the radar, but deserve much more attention.

Psychobilly revivalists Tiger Army first got audiences rocking and rolling to their riotous, double-bass inflected anthems during the Californian pop-punk wave of the 90s, honing their craft over five studio albums. The band's line-up has since evolved around mainstay singer-songwriter Nick 13, a frontman that evokes the quivering hips, coiffed hair and honey-drenched melodies of Elvis in his prime.

Whilst the band's line-up is a mere three-piece, they're known for creating a big, swinging sound that satisfyingly straddles pop, rock, punk and rockabilly. Put on your blue-suede-dancing-shoes and get ready to mosh!

Sound good to you? Share this page on social media and let your friends know about Tiger Army at House of Blues.