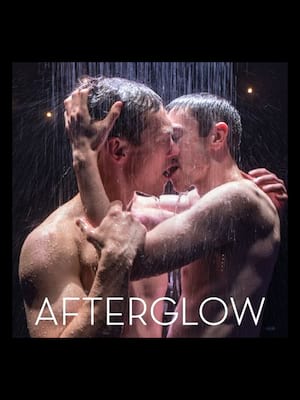 Hit of the Off-Broadway Season

After cult-hit runs Off-Broadway and in London, S. Asher Gelman's raunchy portrait of gay domesticity comes to the City of Angels. Making its West Coast debut at the Hudson Mainstage Theatre, the thought-provoking drama Afterglow runs for two months this summer and is set to be directed by the playwright once more.

Garnering a reputation as a nudity-embracing production, the show and its creator have received much praise for using the vehicle of the nude body to pose deeper questions about intimacy, relationships, and sex, through the lens of a relationship between three gay men living in Manhattan. Reportedly based on Gelman's personal experience of opening up his marriage, its beautifully written dialogue cuts to the core of human emotion in a very relatable way, regardless of sexual orientation.

What is Afterglow About?

The story follows Josh and Alex, a married couple who appear to have it all. High-fliers in their respective industries, they live in a swanky apartment, are expecting a baby via surrogate and keep their sex life fresh by opening it up to a no-strings-attached third party. But when masseur Darius enters the mix, their perfectly manicured facade cracks when Josh and Darius begin to fall in love.

Seen Afterglow? Loved it? Hated it?

Sound good to you? Share this page on social media and let your friends know about Afterglow at Hudson Theater Mainstage.