Kodak Theater has been renamed the Dolby Theatre 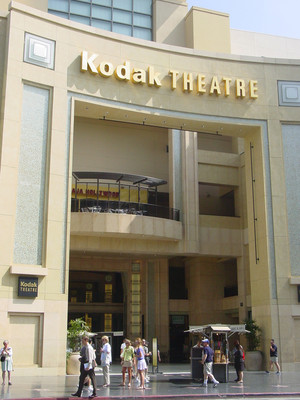 The world-famous Kodak Theater changed its name to the Dolby Theatre in June 2012; the new Dolby signs on the front of the building on Hollywood Boulevard were revealed in an Academy Award-style red carpet ceremony.