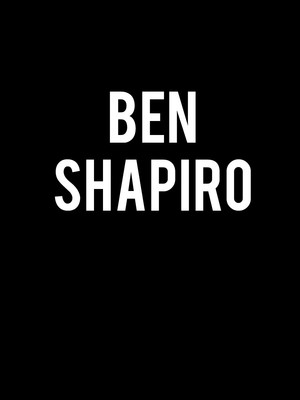 The conservative writer is taking questions

One of the most famous conservative commentators in the country, Ben Shapiro may be in his mid-thirties but he's already racked up an impressive career. He's authored seven books, founded the influential website The Daily Wire, and has his own eponymous podcast, all of which seek to redress the imbalance as he sees it that's propagated by the left-wing media.

No stranger to controversy, his lectures at universities across the country have sparked protests from the student bodies. Whether you agree with him or not, there's no doubt that Ben is an irreverent and intelligent speaker, and he's always willing to engage with audiences with Q&As.

Sound good to you? Share this page on social media and let your friends know about Ben Shapiro at Long Beach Terrace Theater.