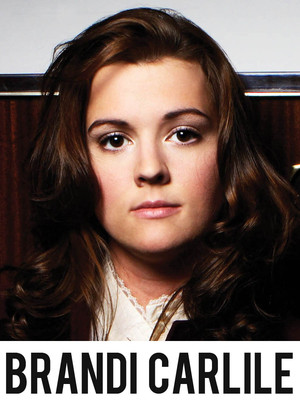 Just like her hero Patsy Cline, Brandi Carlile has a voice that seems barely constrained by any equipment attempting to record. But while she is certainly capable of belting out tracks like nobody's business, Brandi is just as assured with moments of quiet tenderness. It's a versatility that has seen her become one of alternative country's most respected stars. Not to mention she has been performing since she was eight, so it's fair to say that she treats the stage as something of a second home.

Catch Brandi as she tours her incredible back catalog alongside new music, encapsulating a powerful and personal journey through universal themes of love, hate, death, and redemption.

What a voice. more

Sound good to you? Share this page on social media and let your friends know about Brandi Carlile at Long Beach Terrace Theater.