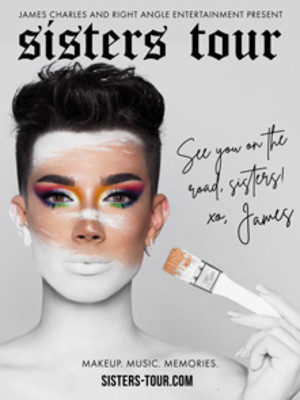 Make sure you don't miss the special sister tour!

Hi Sisters! James Charles, one of the most successful beauty guru's and content creator on YouTube, is hitting the road for the first time and bringing his pinkity drinkity with him. Charles has announced he will be visiting 24-cities across the United States where you'll see him doing on-stage beauty tutorials, games, surprise giveaways, live music (whomp, whomp, whomp), and an interactive Q&A. You'd be super sister sad if you were to miss chief-sister James' Sister Tour.

Sound good to you? Share this page on social media and let your friends know about James Charles at Microsoft Theater.