Sorry! You missed Blood Rock: The Musical at The Odyssey Theatre 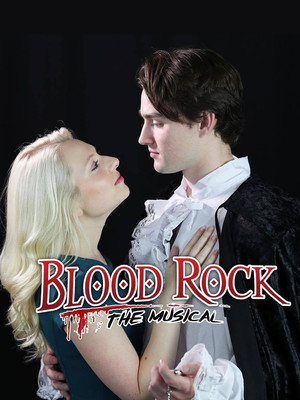 For those who think Twilight could have used a little more showbiz razzle dazzle!

Why See Blood Rock: The Musical?

Standing proudly at the crossroads of 'West Side Story', 'The Rocky Horror Picture Show' and 'Grease', 'Blood Rock: The Musical' ups the ante and throws vampires into the mix for a musical theatre experience like no other! Featuring music and a book by Southern California's very own singer songwriter Michael Burns, the sparky world premiere show brings together an ensemble of 17 up and coming local performers for 28 original new songs, replete with choreography by Kyra Burns in her Los Angeles musical debut.

Blood Rock follows an old blood feud between two rival Philadelphia-dwelling vampire gangs that have managed to keep the secret of their existence secret despite the growing violence. A cast of colorful characters including villainous gang leader Carnoli, the most beautiful man on earth (or at least he thinks so), news reporter Carolin Mills, boy-next-door and protagonist Paul Figatner and gadget-obsessed Spainard Arturo come together for a rollicking musical romp that's filles with a sense of fun and doesn't take things, especially itself, too seriously.

Saw it at the Odyssey Theater. Really good music. I left the theater... more

Sound good to you? Share this page on social media and let your friends know about Blood Rock: The Musical at The Odyssey Theatre.