Sorry! You missed The Christopher Boy's Communion at The Odyssey Theatre 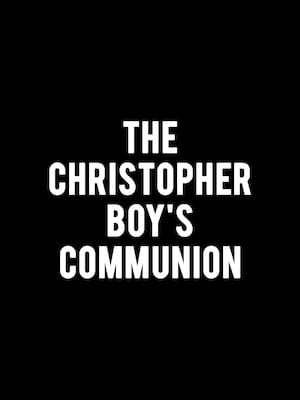 Pulitzer Prize-winning playwright David Mamet is one of a handful of American playwrights whose work has found almost as much success on the screen as it has on the stage.

Why See The Christopher Boy's Communion?

Little is known about the new work's full story, but it is reported to chronicle the consequences and shock waves surrounding a grisly murder that takes place in New York's Central Park. The award-winning creative team is rounded off by scenic designer John Iacovelli, costume designer Laura Bauer and lighting designer Luke Moyer.

Not one to shy away from the subversive or controversial, David Mamet rose to prominence as a literary icon thanks to his fearless confrontation of the explosive issues of our times. As a founding member of the Atlantic Theater Company, he first gained recognition for The Duck Variations, Sexual Perversity in Chicago and American Buffalo, the 1976 trio of Off-Broadway plays. Eight years later, he won the coveted Pulitzer Prize for Drama for Glengarry Glen Ross, a searing portrait of toxic masculinity with a poetic, weaponized vernacular. With myriad plays and film scripts under his belt, he continues to be one of the greatest and most influential of living American dramatists.

Seen The Christopher Boy's Communion? Loved it? Hated it?

Sound good to you? Share this page on social media and let your friends know about The Christopher Boy's Communion at The Odyssey Theatre.