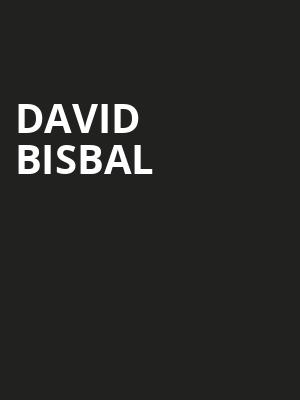 The artist has managed to maintain his essence over time, evolving as a person and as a great professional

Spanish pop singer David Bisbal will embark on a headline tour across America this fall! Bisbal's Gira En Tus Planes tour will see the popular Spanish singer-songwriter hit 13 cities across North America as he celebrates the release of his seventh number one album, "En Tus Planes".

The multi-talented artist is a songwriter and actor as well as a singer and he made his debut as a contestant on the music talent contest television show 'Operacion Triunfo.' After becoming a successful runner up, Bisbal has sold over six million records in Spain and America and all of his seven studio albums have reached the top of the Spanish Albums Chart. He is one of the most talented Spanish artists today.

Sound good to you? Share this page on social media and let your friends know about David Bisbal at Orpheum Theater.