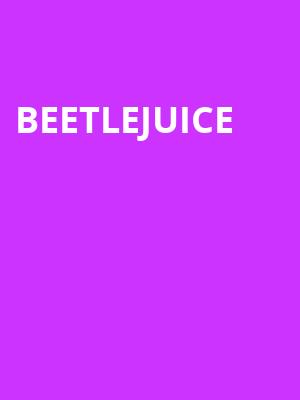 All graphics, logos and images are property of the production

Calling all guys, gals and ghouls! Fresh from a critically acclaimed Broadway run, Beetlejuice The Musical is heading out on a hotly anticipated tour of North America this year. Beginning performances from April 2019 at the Winter Garden Theatre, the outrageous new tuner overcame a slow start to become a firm fan favorite, breaking its venue's records with a stunning $1.6 million grossed over Thanksgiving week and garnering eight Tony nominations.

It was only a matter of time until the creepy camp cult hit film was turned into theatrical musical magic. The new production is based on the smash hit Tim Burton feature film released in 1988, which featured a smorgasbord of acting talents including a young Winona Ryder, Geena Davis, Alec Baldwin and Micheal Keaton. Universally praised for its anarchic off-the-wall humour, tuneful music, wicked lyrics and a carnivalesque set design, Beetlejuice provides a feast for the eyes, ears and inner angsty gothic teenager. Direction comes from Award-winning theatremaker Alex Timbers, with a score by Eddie Perfect, a book by Scott Brown and Anthony King, and choreography from Connor Gallagher.

What is Beetlejuice About?

Lydia Deetz is not your average All American teenage girl. Marching firmly to the beat of her own drum, the strange and unusual heroine enjoys writing poetry, photography and anything to do with the paranormal and supernatural. Misunderstood by her father and stepmother, her isolated life is turned upside down when she moves into a new home haunted by a recently deceased couple called Barbara and Adam Maitland, and the rambunctious demon Beetlejuice. With the help of the Maitlands, Lydia sets out to foil the outrageous Beetlejuice's nefarious plans to come back to life and comes of age in the process.

Please note: The above images are taken from the original Broadway production and do no necessarily reflect tour casting.

Meet stars from
the cast of 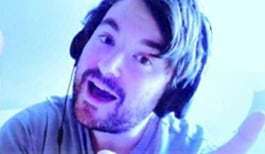 Seen Beetlejuice? Loved it? Hated it?

Sound good to you? Share this page on social media and let your friends know about Beetlejuice at Pantages Theater Hollywood.