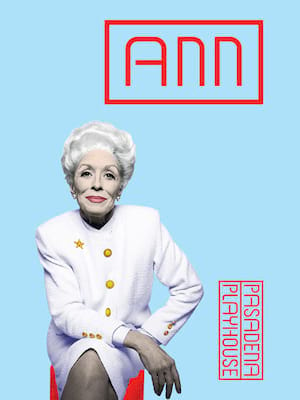 Described as being "Iconic, heroic and hilarious" by Pasadena Playhouse, former Texas Governor Ann Richards has a play made in her honor showcasing at the Los Angeles-based theater this March. The former governor who died in 2006 left a legacy which this comedy written and performed by Emmy Award-winner Holland Taylor hilariously celebrates.

Before becoming governor, Ann rose to prominence after being a keynote speaker in the 1988 Democratic National Convention. Her political views included providing more roles for minorities and women in state government and improving the prison system.

Seen Ann? Loved it? Hated it?

Sound good to you? Share this page on social media and let your friends know about Ann at Pasadena Playhouse.