Sorry! You missed Little Shop of Horrors at Pasadena Playhouse 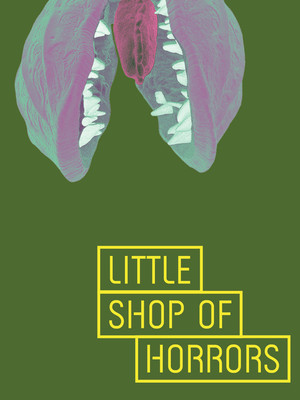 Pasadena Playhouse is on a musical roll with this "Little Shop."

Why See Little Shop of Horrors?

The Pasadena Playhouse kicks off its 2019/20 season with a starry production of Alan Menken and Howard Ashman's cult classic 1982 musical. With George Salazar, Pose's MJ Rodriguez and Dreamgirls and Glee alum Amber Riley, expect a hilarious and heartfelt rendition of the strange tale of florist Seymour and his larger than life plant pal.

Hilarious, charming and full of toe-tapping number from Disney songwriter Menken, Little Shop of Horrors is an entertaining pastiche of the Sci-Fi B movies of the 1950s, with an outlandish villain, a bubbly blonde and a shambling everyman who's gotta save the world and get the girl.

When flower store assistant Seymour Krelborn stumbles upon a very strange new plant species, he has high hopes that his discovery will lead to fame, fortune and the heart of his unrequited crush, Audrey. But Seymour gets a whole lot more than he bargained for from this exotic foliage. After an accident, the cute little Audrey II (named for his beloved) develops an insatiable thirst for human blood and a set of R&B singing pipes, leading Seymour to turn serial killer to keep his secret from bursting out of Skid Row and endangering the whole human race. Think Groot, but with a carnivorous appetite!

Two hours with one 15 minute intermission

Seen Little Shop of Horrors? Loved it? Hated it?

Sound good to you? Share this page on social media and let your friends know about Little Shop of Horrors at Pasadena Playhouse.