Sorry! You missed Netflix Is A Joke Fest - Russell Howard at Regent Theatre 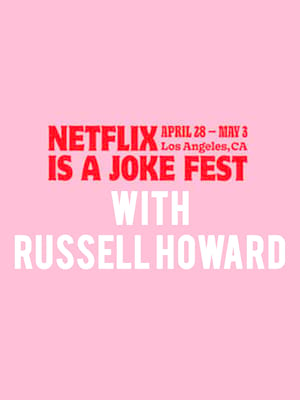 Why See Netflix Is A Joke Fest - Russell Howard?

With an increasing number of stand-up specials made especially for its roster (over 200 can be found on-site already), it makes sense that streaming heavyweight Netflix is taking its golden comedy formula to the stage. Taking place from Monday, April 27th to Sunday, May 3rd, the first-ever Netflix Is A Joke Fest will leave LA in stitches at over 100 venues citywide, featuring the biggest and brightest established comics, as well as up and coming performers that are just itching to be discovered by new fans. Don't miss British superstar comedian Russell Howard as he brings his brand new tour to the Regent Theatre on April 29th.

Back after his critically acclaimed debut US tour in 2016, one of Britain's most successful young comedians will be once again making you squirm with his inimitably and sometimes rude yet always springy, cheerful comedy. With his impish personality and his boy-next-door smile, he creates joy from everyday observations and is never afraid to poke fun at the news, and those who make it.

Russell continues to stand out in his career, known for his sell-out tours and his smash hit show The Russell Howard Hour, which garnered over 100 million viral views in its first season, it's no surprise he's returning to the US with this brand new show.

Sound good to you? Share this page on social media and let your friends know about Netflix Is A Joke Fest - Russell Howard at Regent Theatre.