Sorry! You missed The Unauthorized Musical Parody of Clueless at Rockwell Table and Stage 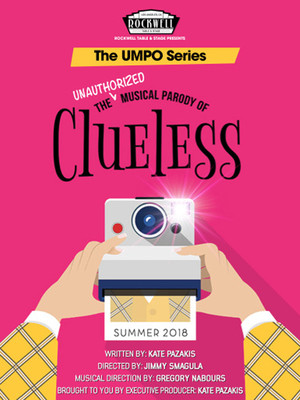 The Unauthorized Musical Parody of Clueless

Has there ever been a teen movie more fresh, fun, and fashion-forward than Clueless? As if!

Why See The Unauthorized Musical Parody of Clueless?

As If! The Totally Unauthorised Musical Parody Of Clueless Is Back

Dust off your plaid two pieces and break out the frosted lip gloss for the hilarious musical parody of 90s teen movie cult hit Clueless! Helmed by Tony Award-winning director Marissa Jaret Winokur, an all new cast of some of LA's finest performers will bring the coming-of-age story of superficial socialite Cher and her friends to the Rockwell stage along with glorious original show tunes based on the script. We are TOTALLY buggin'!

Starring a young Alicia Silverstone, Paul Rudd and Brittany Murphy amongst other future stars, Box Office smash Clueless captured the spirit of growing up in 90s America - its fashion, culture and even its lingo. Based on the Jane Austen heroine Emma, Beverly Hills shopaholic and popular high school student Cher is inspired by her matchmaking of two of her teachers, taking new transfer student Tai under her wing to find her a suitable boyfriend. In the process of Cher undergoes a spiritual makeover herself, realising she's looking for true love herself.

Seen The Unauthorized Musical Parody of Clueless? Loved it? Hated it?

Sound good to you? Share this page on social media and let your friends know about The Unauthorized Musical Parody of Clueless at Rockwell Table and Stage.