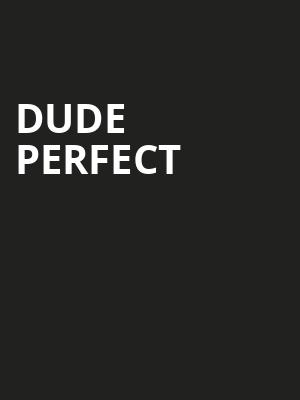 Dude Perfect hit the road as they bring their amazing tricks, stunts and live battles to you!

When these five friends uploaded their first YouTube video of them performing trick shots in 2009, they could have never have guessed what their stunts could turn in to. Fast forward to now and Dude Perfect have amassed over seven billion views and 41 million subscribers on the video-sharing site. Catch the five-piece as they hit the road, bringing their hilarious antics, amazing tricks and live battles to you!

Made up of Tyler Toney, Coby Cotton, Cory Cotton, Cody Jones, and Garett Hilbert, Dude Perfect have become one the biggest sporting and comedy channels on YouTube. All former High School basketball players Dude Perfect use their skills to make the seemingly impossible possible, a talent that has seen the guys garner many Guinness World Records!

Photo by Tim Mossholder on Unsplash

My 8 year old son and I are the biggest Dude Perfect fans ever. As a Christian... more

The show was OK. The twins and Cody were awesome! Ty and Garrett were Eh.... more

Sound good to you? Share this page on social media and let your friends know about Dude Perfect at The Forum.